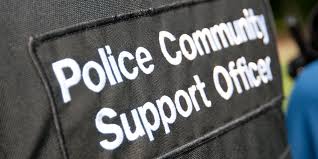 Again, this month has been relatively quiet crime wise.
There has been a shoplifting reported at the Co-Op and the offender made off with a basket full of wine. This was recovered by the manager after he followed the male onto Dock Road. The images of the offender were taken from the CCTV and shown to local officers. The offender was identified by officers so hopefully the male will be dealt with accordingly.

The bike thefts have continued from Pier 5 and outside of Dockside. The offenders are using bolt cutters to remove locks before stealing the bikes.  However, last week, Dockside security reported a theft in progress and the offenders were apprehended. This group have been targeting the area and the University for a few months now so it was a good stop by the patrols and hopefully will put an end to the thefts.

During March I attended an all out day along with the Senior Leadership team.  This involved engagements with members from different communities to establish their thoughts about us and to listen to their experiences involving Kent Police. This was a worthwhile event and also helped to build contacts in other communities.

There was a suspicious event reported in Restharrow Way, whereby some men were seen to jump over a wall from a rear garden of a property. Patrols attended immediately and enquiries made. It turned out that the males were the window cleaners and everything was all in order. Well spotted and reported though as it could have been a burglary in progress.

I will be attending the SMIRA meeting on the 25th April so I will see you then.