Michael Palin established his reputation with Monty Python’s Flying Circus and Ripping Yarns, as well as films such as A Private Function, and a BAFTA winning performance as the hapless Ken in A Fish called Wanda.  Michael is an enthusiastic supporter of all things geographical, and throughout his childhood dreamed of travel and adventure – a dream which was realised through eight TV series and books, including Around the World in 80 Days, Pole to Pole, Sahara and Himalaya. 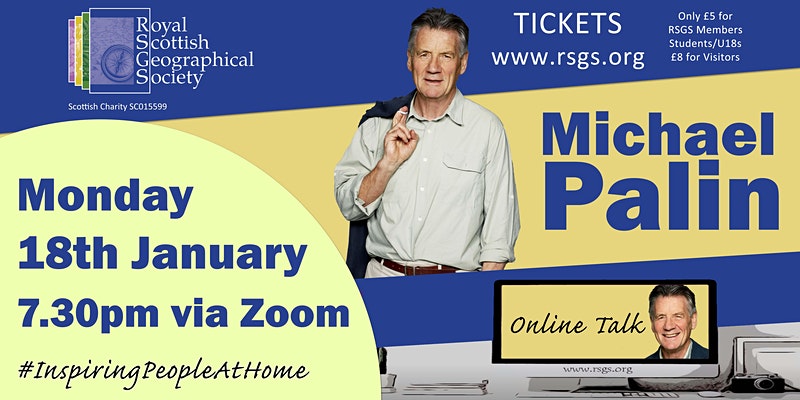 Recently, Michael also presented a two-part series on North Korea, with an accompanying journal published in 2019. For this online event, the Livingstone Medallist of RSGS will focus on his work in North Korea, shedding light on one of the most intriguing and secretive countries in the world. There will be chance to ask questions of Michael in the live Q&A that follows his presentation.

Event via Zoom, tickets £8 via Eventbrite.