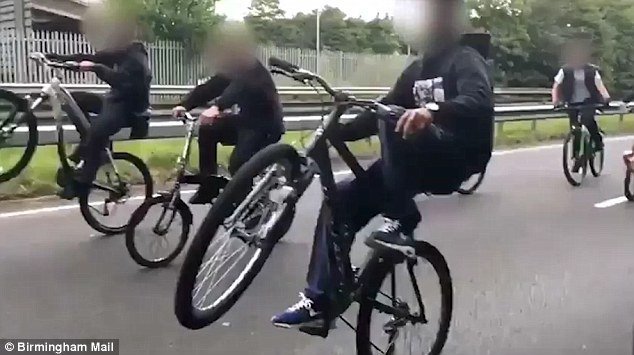 The Chief Executive of Chatham Maritime Trust comments as follows:

The Trust is clearly aware of the current problems being encountered by residents regarding the number of youths on bikes, causing damage, abusing persons, being noisy/disruptive, jumping in the water and generally making a nuisance of themselves. Just to note, the Trust has been actively involved in managing the issues raised by youths attending SMI and just recently it has become a full time job for many of CMT’s staff. I want residents to be clear that The Trust does not take these issues lightly and we will do all in our power to mitigate the situation.

A number of SMI residents have called 101 over the last 24 hours and as a result, the Trust has been able to arrange with Kent Police a Section 34 for the area of Chatham Maritime for a period of 48 hours from 13:00 hrs. today (Wednesday 7th August). Furthermore, a greater police presence is being provided over this period, including more PCSOs and regular police patrols. The S34 will mean that anyone who is deemed to be causing ASB will be directed to leave and not return within 24hrs. If they do return they can be arrested for ignoring the order. During this period, the Police will have the power to seize bikes under this order if they are using them to cause ASB, i.e. riding across the road and doing wheelies into traffic. This should have the effect of stopping all ASB during this period. The hope is that once this has happened and a few persons are apprehended it will indicate to the groups of youths that we will not take this behavior lightly and will deal with this in the future, hopefully deterring larger groups of youths on bikes from visiting SMI and CM Estate generally in the future.

This whole process highlights the need for residents to report all occurrences of ASB to the police via the 101 facility, as it does then assist the Trust when trying to get an appropriate response from the police. I would therefore encourage all residents to actively report all such occurrences to the police in the future. We are also working closely with SMIRA to ensure that this message gets out to all residents.